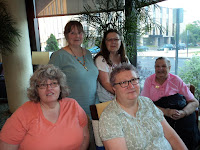 This is a record year for our chapter in many ways - one is that five of us decided to travel to Manchester NH for the Chain Link, the yearly conference of Crochet Guild of America (CGOA). Two of us flew and three travled by car (well actually a big, honkin' truck) and this picture shows our tired but happy faces yesterday evening after we had all arrived.


This year marks CGOA's 20th Anniversary, so everyone seems in a really festive mood. There were several workshops today - Crochet Geek, Professional Think Tank, and Crochet Your Way to the Masters. Classes start tonight and get into full swing tomorrow. 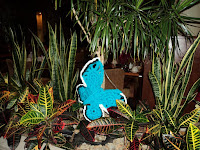 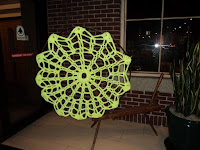 One special event this year is that CGOA and TKGA (The Knitting Guild of America) members have yarn-bombed the hotel (with permission from event organizers and hotel of course). Even those of who are not necessarily yarn-bomb fans were amazed by the creative and clever yarn bombs planted around the hotel! 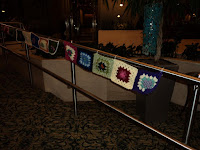 Signing off for now, we'll report back later in the week!